How Do Large Companies Make Chocolate

by Violet Beauregarde | Dec 10, 2017 | Everything You Could Want to Know About Making Chocolate

How do large companies make chocolate? For one, they need capital to be able to buy the equipment they need and also the ingredients.

Given that there are not that many places in the US to harvest cocoa beans, these companies go to South America, the Ivory Coast and as far away as Ghana because deep in their jungles likes the cacao tree. 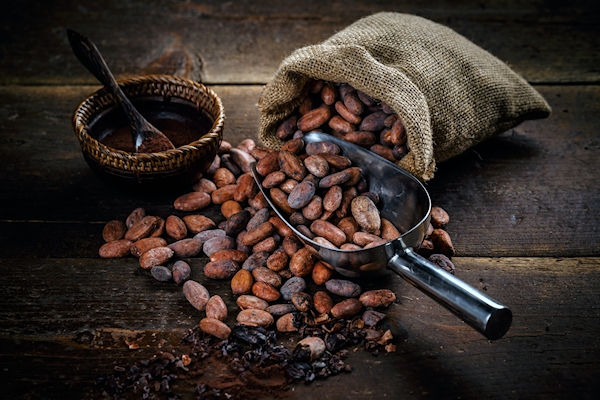 These trees grow a melon like fruit that is harvested by hand and inside, there are 20 to 40 seeds which are the cocoa beans.

Once the cocoa beans are removed, they are placed in large heaps or piles in a process known as fermentation. This usually takes a week giving the shells time to harden, the beans darken and the cocoa flavor develop. Afterwards, these are then transported to the chocolate factory.

Since companies that import cocoa beans order these in vast quantities, it is more practical to transport these back to the US by ship than by air. Once they reach the dock, it is then transferred to rail road cars on the way to the factory so they can be cleaned and stored.

Chocolates as we know taste different and this is depends on the country of origin of the beans. The first step in converting these into chocolate is to roast these in large revolving roasters at high temperatures.

Next, a special hulling machine dries it so the shell of the bean is removed and its content known as the “nib” is the one that is actually used in making chocolate.

The next step is to turn the “nibs” into its liquid form. This process is known as milling and to give you that added taste, other ingredients are added and these include chocolate liquor, cocoa butter, sugar and milk.

Chocolate liquor is a combination of milk and sugar. The end product of this coarse brown powder called a chocolate crumb. As for milk, this is taken from the farm where it is tested, pasteurized and mixed with sugar until it turns into a thick, taffy like material.

You then throw in cocoa butter to bring out the rich taste and creamy texture of the chocolate. Another machine known as steel rollers grind and refine the mixture to make it smoother.

After all that, the mixture becomes a thick liquid often referred to as chocolate paste. Since there still may be some gritty particles, it is placed inside another machine called the conche for 24 to 72 hours.

When the paste has been smoothened, this is the time that the liquid chocolate is poured into the mold. The process is very fast inside a factory as some produce about a thousand of these a minute that is something that can never be done manually. If the chocolate comes in many varies, this is also the time that almonds and peanuts are added.

In the machine, air bubbles are removed so the chocolate is able to settle evenly. They then make their way through a cooling tunnel so the liquid chocolate is turned into a solid candy bar.

The last step is obviously to wrap this up, put these in boxes and then deliver it to stores. Customers then buy these off the shelf and then enjoy its yummy taste without ever thinking for one moment how do large companies make chocolate.

This website uses cookies to improve your experience while you navigate through the website. Out of these, the cookies that are categorized as necessary are stored on your browser as they are essential for the working of basic functionalities of the website. We also use third-party cookies that help us analyze and understand how you use this website. These cookies will be stored in your browser only with your consent. You also have the option to opt-out of these cookies. But opting out of some of these cookies may affect your browsing experience.
Necessary Always Enabled
Necessary cookies are absolutely essential for the website to function properly. This category only includes cookies that ensures basic functionalities and security features of the website. These cookies do not store any personal information.
Non-necessary
Any cookies that may not be particularly necessary for the website to function and is used specifically to collect user personal data via analytics, ads, other embedded contents are termed as non-necessary cookies. It is mandatory to procure user consent prior to running these cookies on your website.
SAVE & ACCEPT